The Patriarchal Church of Saint George 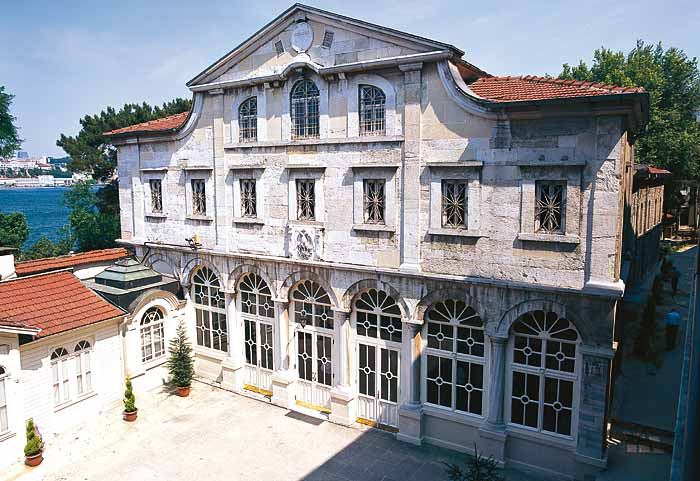 Since the Fall of Constantinople in 1453, the Patriarchal churches have been:

The current Patriarchal Church of St. George formerly served as a convent for Orthodox nuns. When Patriarch Matthew II (1598–1601) converted it to the home of the Ecumenical Patriarchate toward the end of his tenure, the nuns transferred to another community and the Phanar has served as a community for monks and the Center of Orthodoxy to this day. Indeed, the Phanar is sometimes referred to as "The Great Monastery." Monasticism and ascetic spirituality play a vital role in the Orthodox Church. Monastics play a prophetic role in the Orthodox Church, providing a powerful source of prayer in a world of turmoil and serving as a reminder of the heavenly kingdom, which Christians expect and anticipate. In this way, monks and nuns comprise a balance between worldly power and divine love. To this day, the site itself of the Ecumenical Patriarchate comprises a monastic brotherhood under the spiritual guidance of the Ecumenical Patriarch.

The Church of St. George was refurbished in 1614 by Patriarch Timothy II (1612–1620), as attested to by the inscription on the facade of the church over the main entrance. Destroyed by fire in 1720, the church was completely rebuilt by Patriarch Jeremiah III (1716–1726), as commemorated by the inscription over the right entrance door. The two major donors, Constantinos Kapoukechagias and Athanasios Kiourtsibasis, are also acknowledged there. During the same year, again in the tenure of Patriarch Jeremiah, the church was renovated and a dome was constructed. Later, the dome was destroyed and the church was once more repaired in its present form in 1836 by Patriarch Gregory VI (1835–1840).

The Patriarchal Church of St. George is a basilica with three aisles. Under the present Patriarch Bartholomew, it has been restored to its former beauty and redecorated through the generosity of the Grand Benefactor of the Ecumenical Patriarchate, Panagiotis Angelopoulos and his family.

The Church of St. George retains the classical threefold division of the narthex (vestibule), the nave, and the altar area.3 It also reflects the early sixth-century basilicas with three-aisles. The narthex contains the icons of Facade of the Patriarchal Church of St. George, to whom the church is dedicated, and of the Prophet Elijah, or Elias, wearing fur clothing in commemoration of the furrier merchants that brought the water system to the Phanar. The nave is the central place of congregation for the faithful and of celebration of the liturgy, other than the altar itself. The church has particular stalls reserved for the Hierarchs of the Throne, as well as for visiting clergy and dignitaries. The traditional monastic arrangement of seating in the nave is of ebony wood.

Finally, a comment should be made on the dedication of the Patriarchal church to St. George. It is most fitting that the church of the Ecumenical Patriarchate remembers this Great Martyr. The dimension of martyrdom is a fundamental spiritual characteristic of Orthodox people and places. Persecutions and divisions have always marked the history of the Orthodox Church—not unlike the story of the early Christian Church. These have shaped Orthodox identity and Orthodox spirituality alike. Therefore, martyrdom has profoundly marked the life and culture of the Eastern Church. While it may not always appear to be a normal feature of Christian life, martyrdom is definitely a normative factor of the Eastern Christian way. Martyrdom—whether a "red martyrdom" of blood in the case of those who suffer, or a "white martyrdom" of conscience in the heart in the case of the monastics—is part and parcel of the Orthodox way of living and thinking.